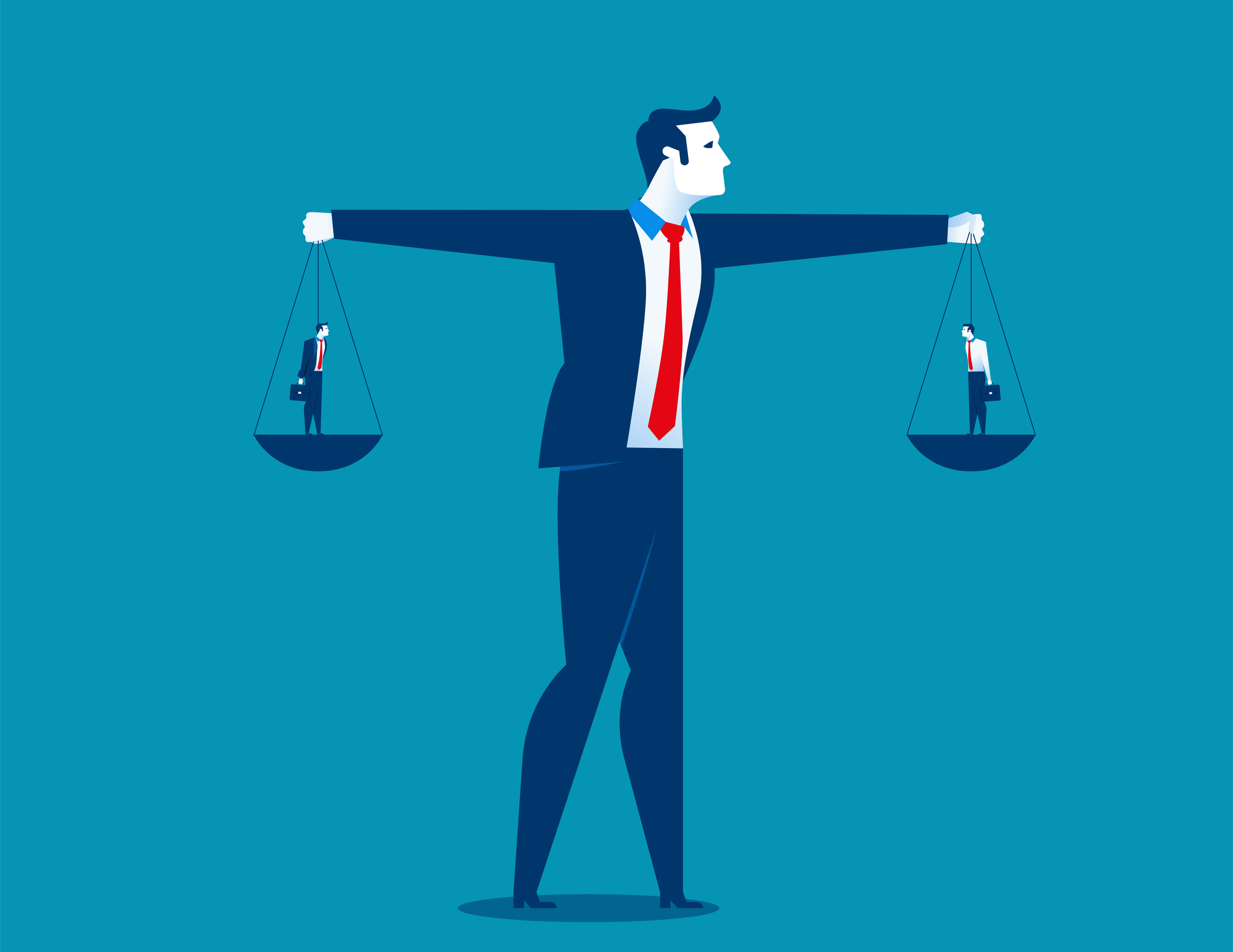 The critical, second bellwether trial in the C.R. Bard Hernia Mesh MDL is finally underway, beginning on March 22, 2022, before the Hon. Edmond Sargus of the US District Court for the Southern District of Ohio.

After multiple delays due to Covid, the trial was initially scheduled to begin on January 10, 2022, but was continued due to an unexpected injury to one of the defense counsel.

This is a significant trial in the hernia mesh lawsuits. It is a plaintiff’s pick involving Bard’s Ventralex ST mesh. The ST (or Sepra Technology) line of meshes (Ventralex, Ventralight, and Ventrio) are all monofilament, polypropylene meshes that contain an absorbable hydrogel coating on one side that is intended to prevent the mesh from improperly adhering to the bowels or other internal organs.

However, this ST coating is defective and exposes a patient to even greater complication risks than a bare polypropylene mesh would.

The most pronounced problem with the ST coating is that it completely reabsorbs in approximately seven days. However, the ST barrier was always intended to be temporary, degrade over months, not days, and allow sufficient time for tissue in-growth into the bare polypropylene layer.

The Ventralex, Ventralight, and Ventrio meshes account for almost half of all cases filed in the Bard Hernia Mesh MDL.

Mr. Milanesi’s case was filed in 2018, not long after the Bard MDL was created. The injuries suffered by Mr. Milanesi are prototypical ST coating injuries.

In 2007, Mr. Milanesi received a Bard Ventralex ST mesh to repair an umbilical hernia. In 2017, Mr. Milanesi underwent surgery for what his doctors thought was a recurrent ventral hernia.

Surgeons had no choice but to perform a bowel resection which involved cutting out part of his colon. A bowel resection is when surgeons remove the bowel’s damaged piece(s) and then suture the ends of the bowel back together. Resection is a serious and potentially life-threatening surgery.

Not surprisingly, not long after undergoing the bowel resection surgery, Mr. Milanesi developed a post-operative ileus or bowel obstruction, which necessitated he undergo another emergency surgery.

Below is a brief update on the currently ongoing Milanesi bellwether trial. This trial is progressing a bit slower than expected. March 31st was the sixth day of trial, and the plaintiff was a little more than halfway through with his case-in-chief.

Judge Sargus provided the parties with 15 trial days to conclude the trial. Each side was allowed a maximum of 37.5 hours to conduct their direct and cross-examination. Because federal courts typically cannot allocate all five days of the week to a trial (usually it is four days), the trial will likely spill over into the week of April 11th for its conclusion.

The jury’s selection and other preliminary matters took up the bulk of the day. However, by 2 pm, eight jurors were selected to hear the case, which will be tried under Florida state law. While the case is being tried in Ohio, Florida law will apply as this is where Mr. Milanesi underwent his surgery to implant the Ventralex ST mesh.

Usually, though not always, the state law where the implantation occurred will be applied. This can be significant as state law varies on elements like proving strict liability, product design defects, failure to warn claims, and punitive damages.

The plaintiff and defendant gave opening arguments lasting about 90 minutes each. The plaintiff, who bears the burden of proof, puts on their case-in-chief first.

Plaintiff’s attorneys’ first witness was Daniel LaFever. He is the former president of Davol, Inc. Mr. LaFever appeared via previously videotaped testimony. Mr. LaFever was still testifying when the court concluded for the day.

Mr. LaFever’s videotaped testimony continued. Plaintiff’s attorneys then called David Krupta, MD of the Cleveland Clinic, to the stand. Dr. Krupta is a general surgeon that is widely published on hernia mesh surgery and was called as an expert witness by the plaintiff.

Dr. Krupta explained the problems with Bard’s Ventralex ST design and testified that the injuries suffered by Mr. Milanesi were the result of defects with the Ventralex ST hernia mesh.

Dr. Krupta spent the entire day on the witness stand, with the bulk of the day being spent under cross-examination by the defense.

Plaintiff’s counsel then called Stephen Eldridge to the stand. Eldridge is a Senior Research and Development Manager at Davol/Bard and was called to the stand to show the jury that Bard was aware, or should have been aware, of the defects with the Ventralex ST mesh.

Recognizing that Chevron Phillips would no longer sell Bard polypropylene resin if it knew the material was being implanted in people, Darois wanted to hide this fact from Chevron Phillips, noting in an email,

“It is likely they [Chevron Phillips] do not know of our implant application. Please do not mention Davol’s name in any discussion with these manufacturers.”

Darois’ testimony concluded before mid-day. Plaintiff’s counsel then called Mr. Milanesi’s wife to the stand, followed by testimony from Karanbir Gill, MD, the physician that implanted the Ventralex ST mesh into the plaintiff.

The day began with continued testimony from the implanting physician, Dr. Karanbir Gill. Next was Michael Beatrice, Ph.D., a regulatory expert, who testified that Bard failed to track complaints regarding their Ventralex implant properly.

No trial today. Resumes on Monday.

Testimony from Dr. Beatrice continued through the morning. Plaintiff then played the videotaped deposition of Dr. David Ciavarella, the Vice-President of Corporate Clinical Affairs at Becton Dickinson, Bard’s parent company.

It was a busy and important trial day. Testimony continued from Dr. Ciavarella until mid-morning. Plaintiff’s attorneys then called Dr. Michael Caluda, a general surgeon, that treated the majority of Mr. Milanesa’s complications from the Ventralex mesh, including diagnosing the infected mesh and performing multiple surgeries to repair damage caused by the mesh. Plaintiff’s counsel then called Bard employee David Calabrese to the stand. Then later in the day, the plaintiff, Mr. Milanesa, finally took the stand to tell his story.

After Mr. Milanesa’s testimony concluded, the plaintiff rested his case. Thus began the Defendants’ case-in-chief. The first witness for the defense was expert Maureen Reitman. She is a well-known defense expert in the field of materials science. Dr. Reitman works at Exponent, a large expert consulting firm that frequently testifies on behalf of the defendant in any products liability case.

Defense counsel called another expert, Kimberly Troutman, to the stand. Troutman is a regulatory expert who formerly worked for the U.S. Food and Drug Administration.

We expect that testimony will conclude Tuesday or Wednesday and go to the jury for what will be an important verdict.

Defense counsel called their causation expert, Dr. Kevin Gillian, to the stand. Dr. Gillian, a general surgeon with a long-term financial relationship with Bard, tried to steer blame away from the mesh and onto the surgeon who implanted it.

This strategy is becoming more and more common with mesh manufacturers as they like to claim the implanting surgeon selected the wrong mesh product, the wrong mesh size, or implanted the mesh incorrectly.

Defendants then rested their case. Plaintiff’s counsel then called Dr. Jimmy Mays to the stand to testify in rebuttal to Bard’s materials expert.

Afterward, the parties gave their closing arguments to the jury. The jury began deliberating in the early afternoon and deliberated two and a half hours before leaving for the day.

The jury did ask the Court questions for clarification on two issues. Otherwise, it deliberated the entire day with no verdict.

Late on Friday afternoon, after deliberating for more than two days, the Southern District of Ohio jury returned a verdict in favor of the plaintiffs and awarded them $255,000 in damages ($250,000 to Mr. Milanesi and $5,000 to his wife for loss of consortium).

While the jury’s finding that the Bard Ventralex mesh is defective was welcome, the verdict amount was quite disappointing. Given the plaintiff’s extensive injuries, it is unclear how the jury arrived at the damages award. However, each jury and juror is different.

You frequently get divergent jury awards in cases involving the same product and plaintiffs with similar injuries. For example, in May 2019, in Philadelphia, Pennsylvania Court of Common Pleas, a jury awarded a 75-year-old woman injured by Ethicon’s Prolift Mesh over $80 million ($30.025 million in compensatory damages and $50 million in punitive damages).

Therefore, while disappointing, the amount of the damages awarded here likely won’t significantly impact future settlements either way. Hopefully, we will see a more favorable damages award in the next Bard hernia mesh trial.

Helping people in all 50 states.